Buckley House by Paul Kirk from the Massar Collection

The car in its carport, bedrooms above.  A northwestern Corbusier rises above the landscape.  From the backyard the house appears as a collection of rectangles on stilts.
The Massars captured the sense of a sunken sun spot below and hint at the hidden complexity of bridges and atria that lie within.

Above, the front of the house presents a more ordered facade.


When I think of Bellevue and the eastside in general I think of a deeply-rooted conservatism, suburban love of the preservation of property values and a regular trips to the shopping mall.

In the mid 50s, however, it was seen as the best option if you were an architect newly returned from Europe and a crash course in the International Style courtesy of World War 11.  You wanted to start a family, you wanted to experiment with structure, new materials and the naturism of Asian philosophy and you had no money.  If you were Paul Kirk, you found your clients in the forested hills on the eastside. 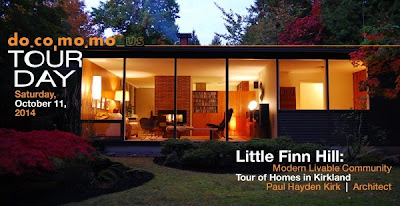 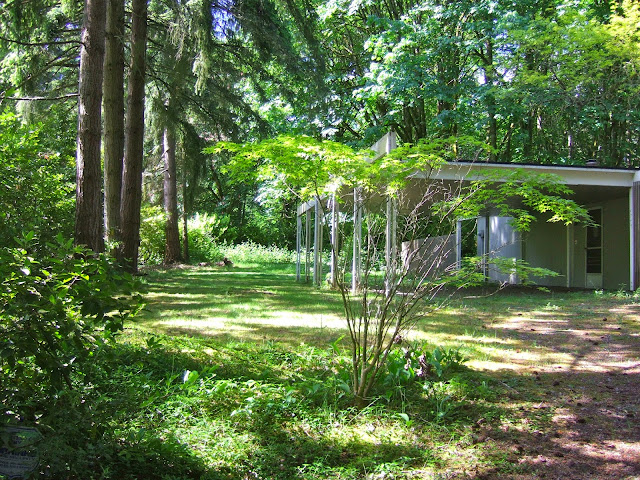 Across the street from us sits a stunningly simple two-bedroom residence with a central solarium or courtyard garden. Dramatically situated on the edge of a ravine it is hidden from street view behind a large laurel hedge.  In fact, if you plug in the street address, here is the view from the curb in Google Street View:

Penetrate the hidden entrance, however, and you discover a mid-century cube with an inner courtyard completely unchanged since 1955: 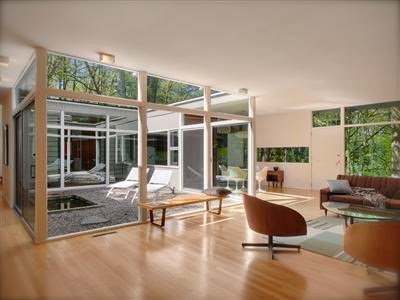 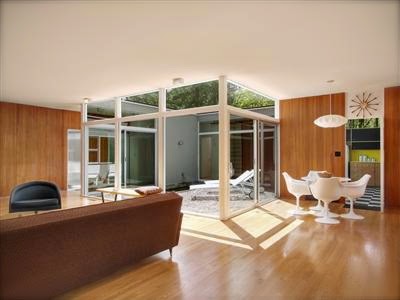 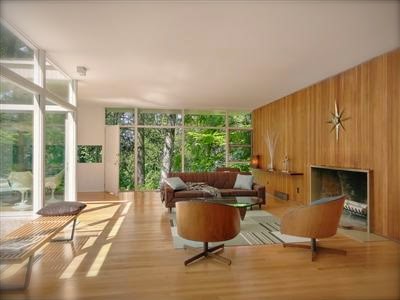 It’s been empty since 2007, when we moved down the street.  At the time, it was on the market and you could view the interior during frequent open houses.  We could still enter the house's interior up until this spring (2014) when a padlock was put on the house, and a rather mysterious sign: 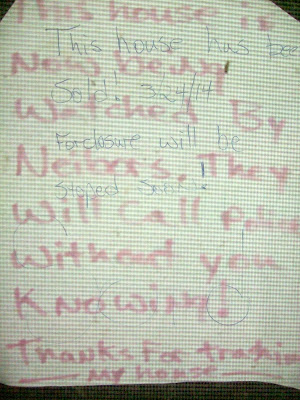 This was in response to a break in and vandalism which occurred earlier in the year: 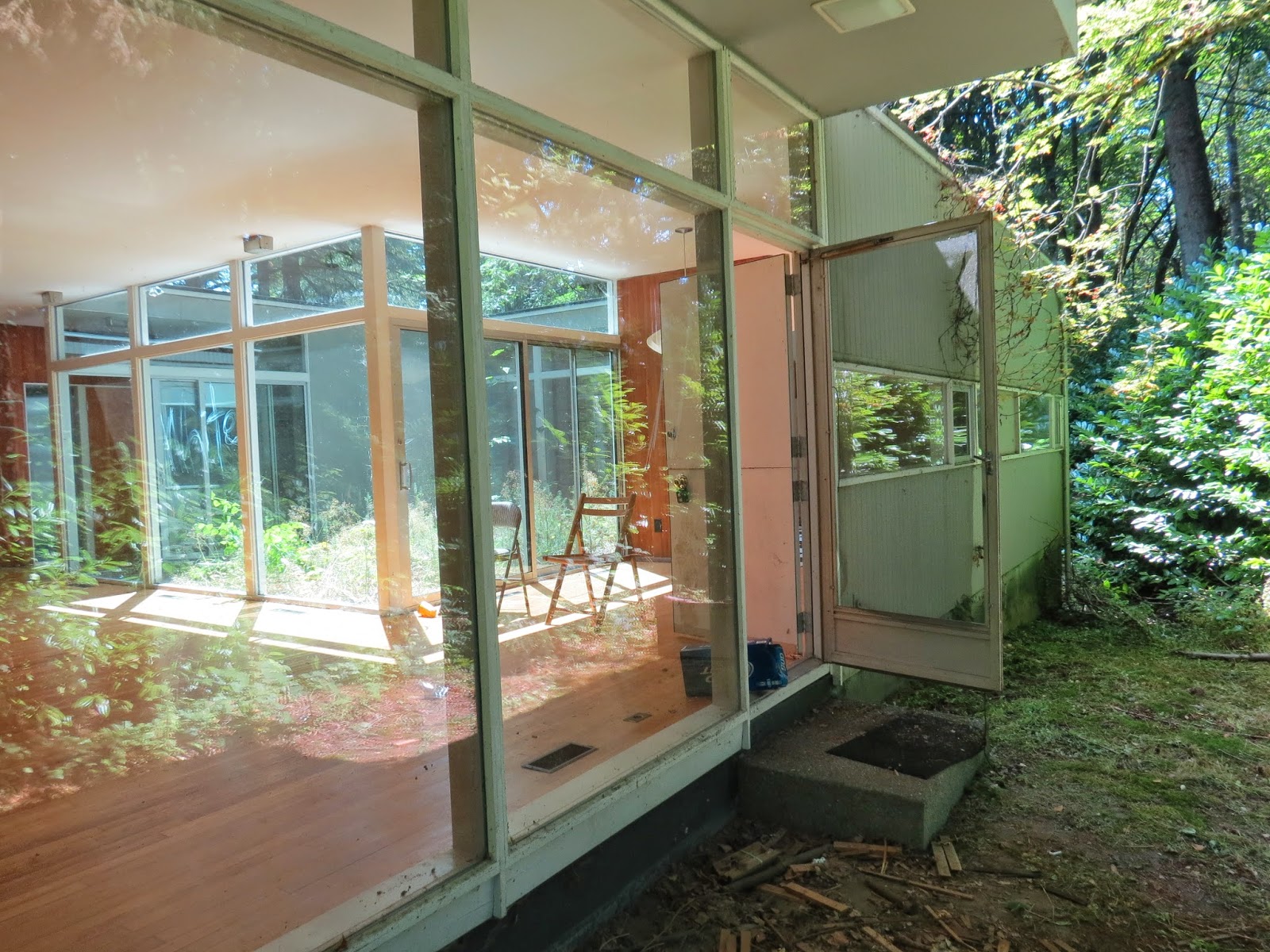 The stout little house bravely stood up to the worst assault of Silly String, chalk and soda pop the neighborhood kids could inflict on it.  Not a single window has broken, despite all the glass. 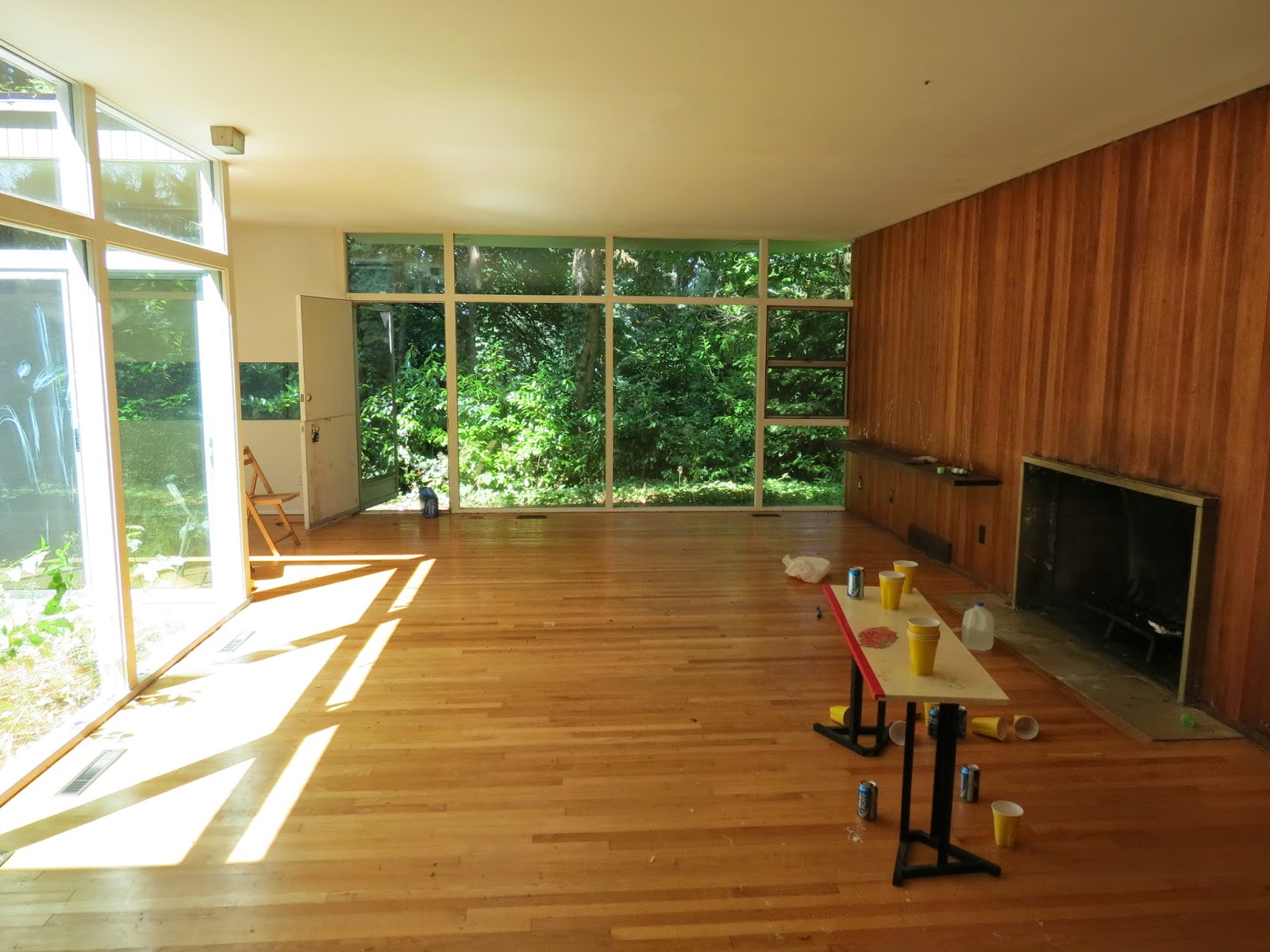 Update:  The City Code Compliance Department has been contacted to trim the laurel hedge to improve sight lines for pedestrians and cars using the street at this point in the road, where it curves and meets an intersection.  There are no sidewalks here and frequent foot traffic by bus riders, school children and other residents means that the neglect here can become a safety hazard.  Other than that, there are no breaches of code compliance and though the house is clearly abandoned it isn't perceived as a nuisance.  Even the taxes were paid this year.  But by whom? 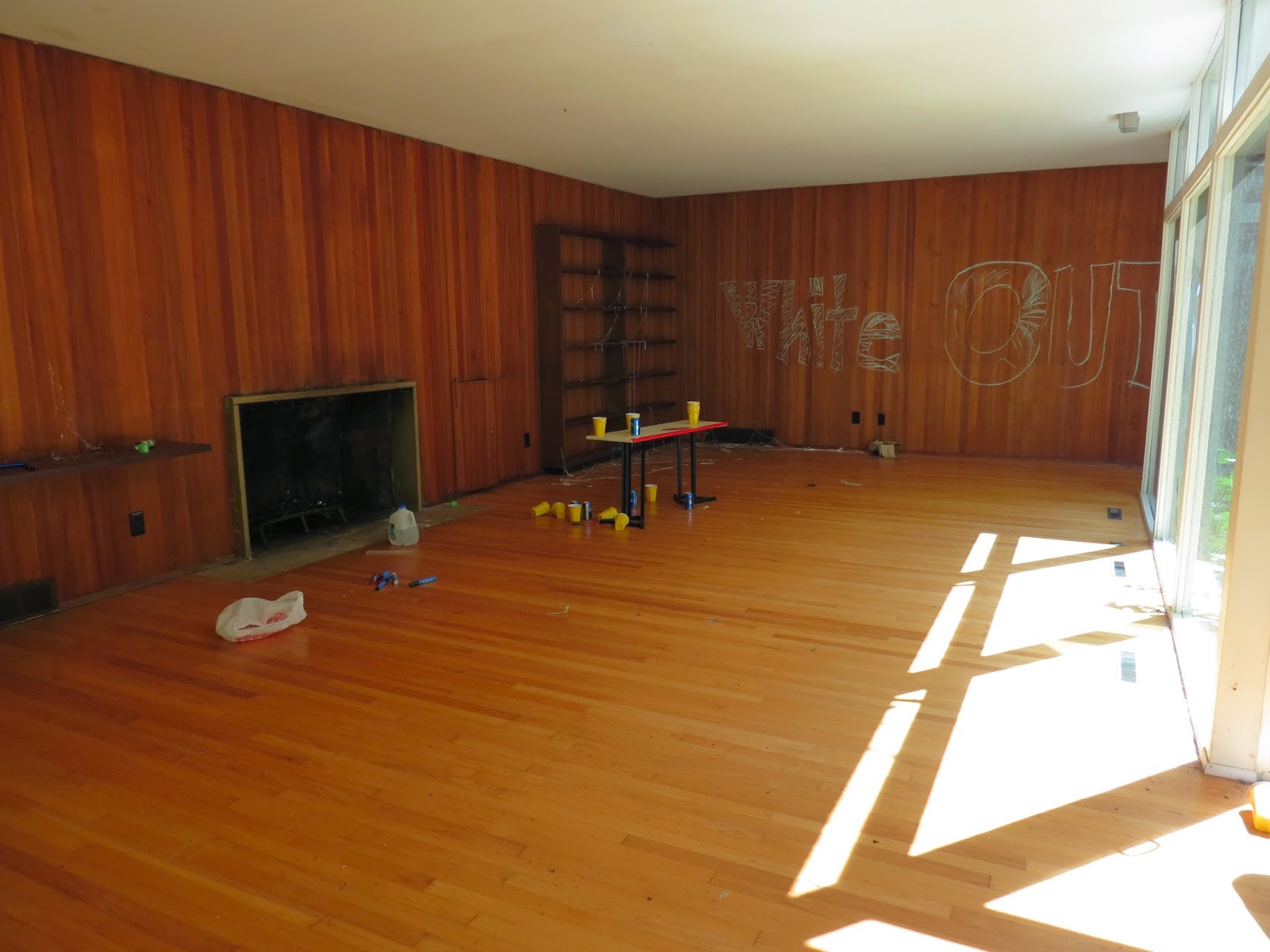 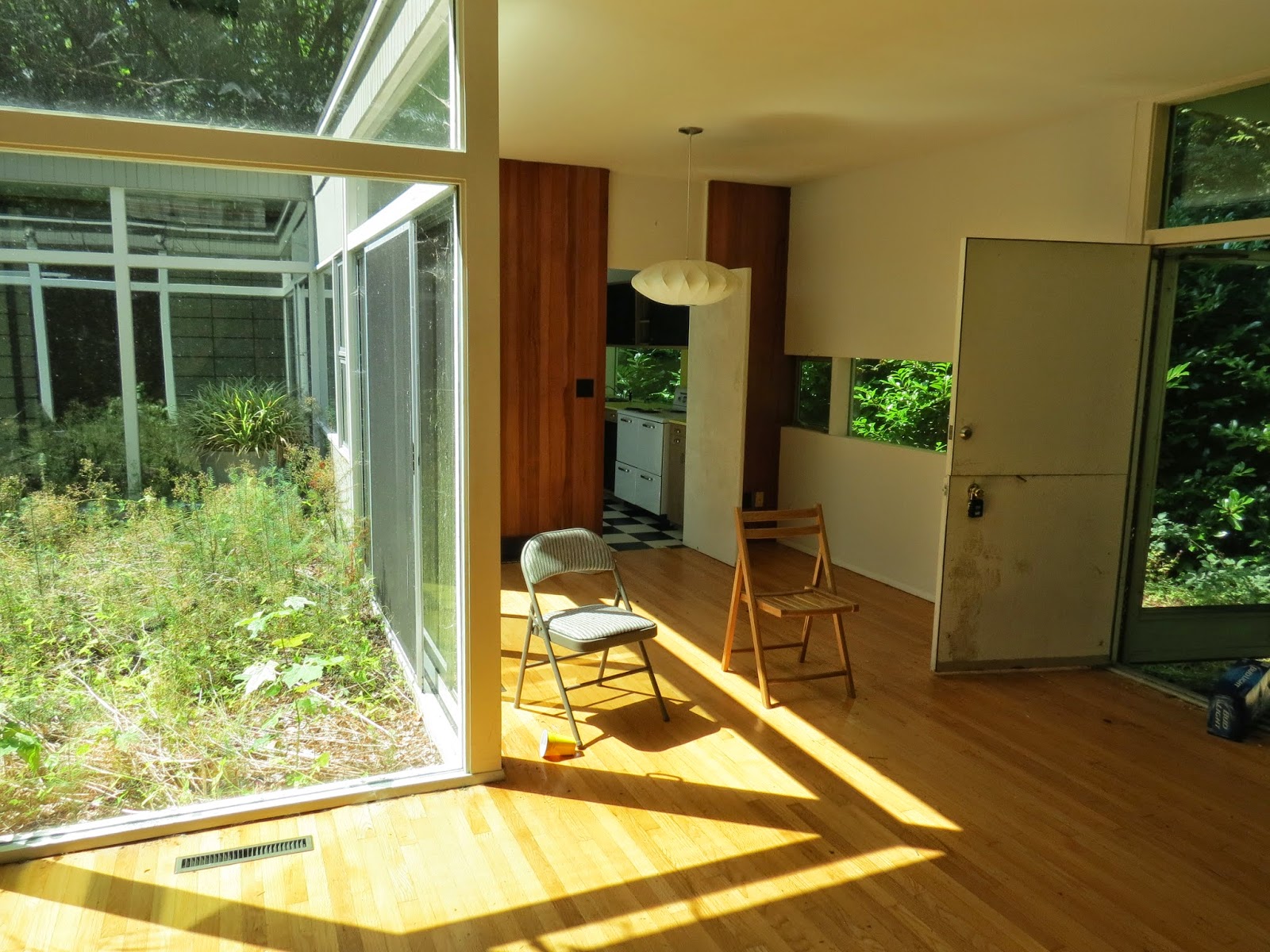 Update:  I contacted the original 2007 realtor at 360 Modern, who was also a friend of the owner.  Around that time the house was going into foreclosure because owner Valerie was unable to keep up the payments.  The realtor told me that Val died suddenly without relatives or a will.  Flash forward seven years and the evidence of neglect can clearly be seen. 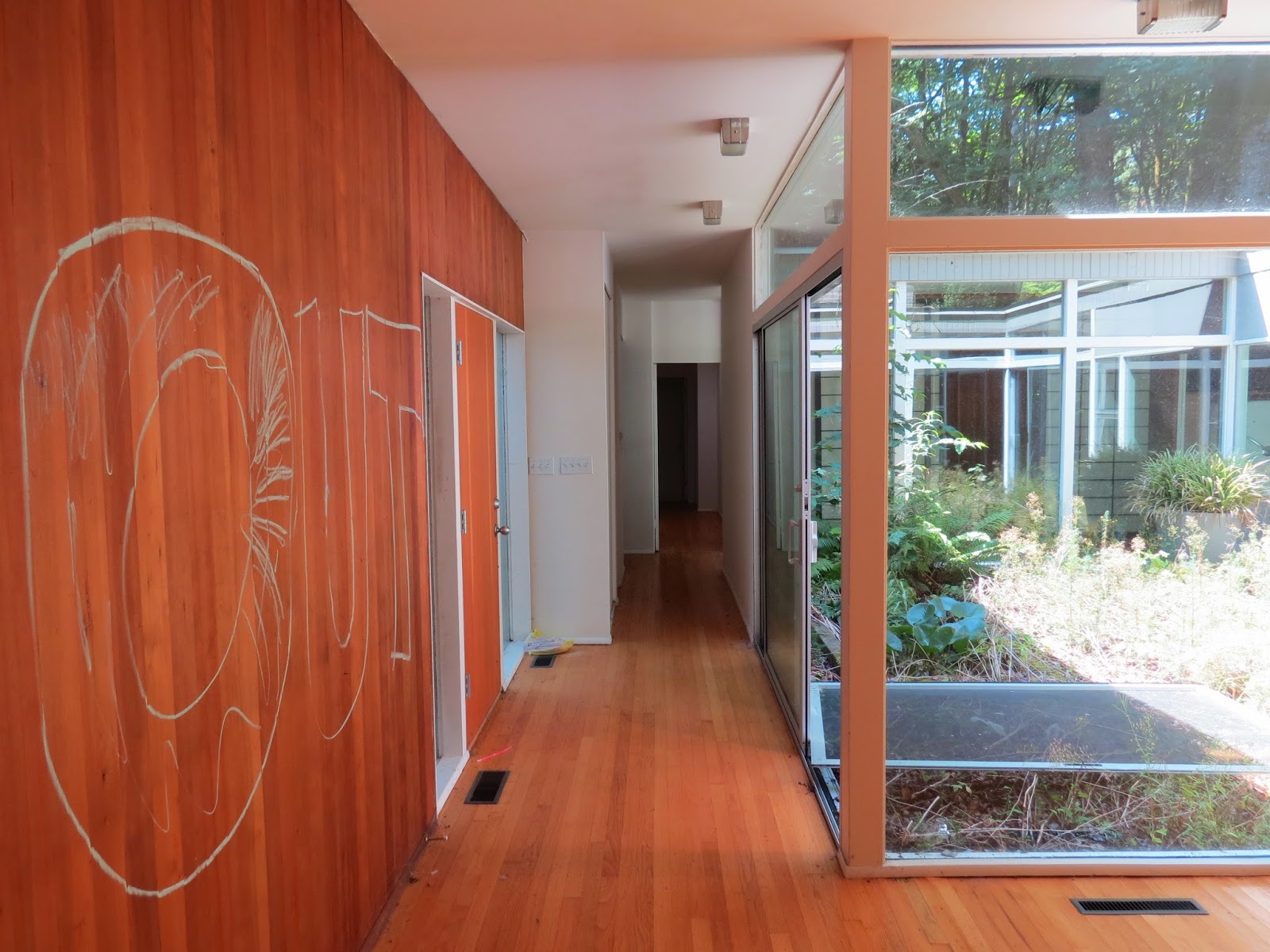 In addition to becoming the target of break-ins and vandalism, it is at great risk of structural damage during winter storms.  If it hasn’t already started to leak, the flat roof soon will.  At that point it will be too late to save the house due to the high cost of repairs.

Update:  several experts from King County Historic Preservation office have been by to assess the condition of the house in recent weeks and have commented that it's in "surprisingly good shape." 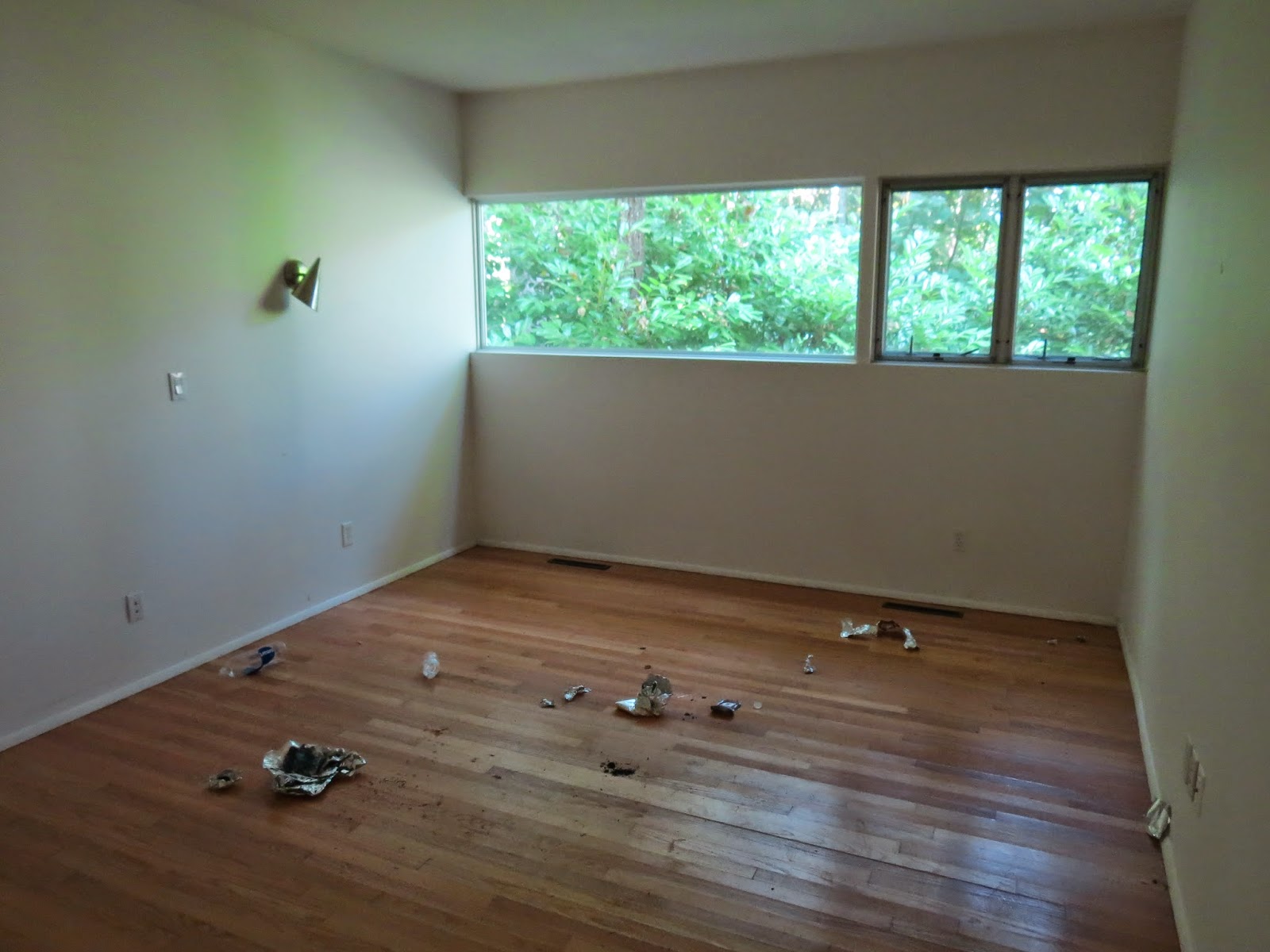 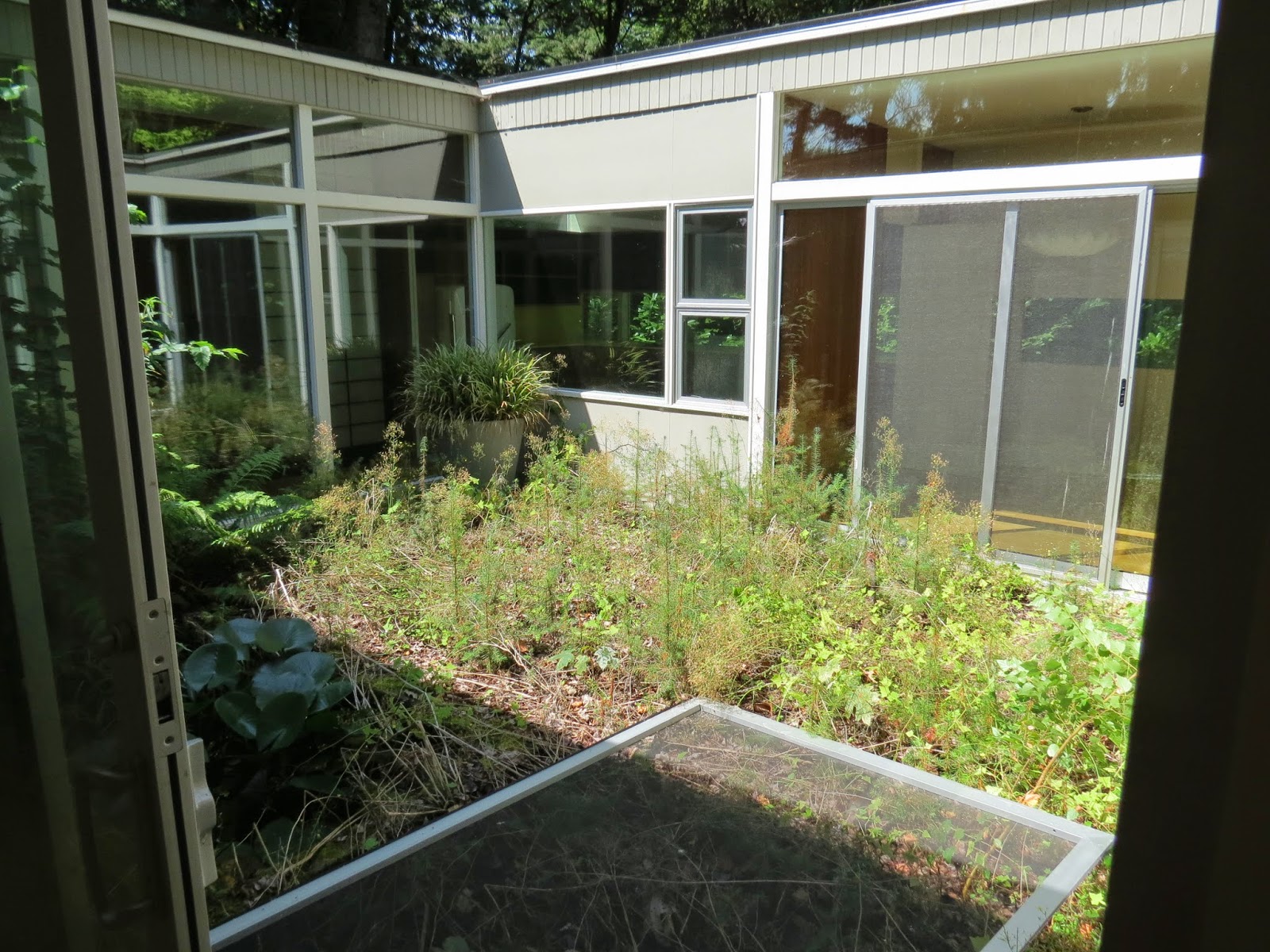 The inner courtyard, a hallmark of Kirk's innovative approach to letting the sun as well as the garden view in at the center of the house, sharing it with all four sides through generous windows and doors. 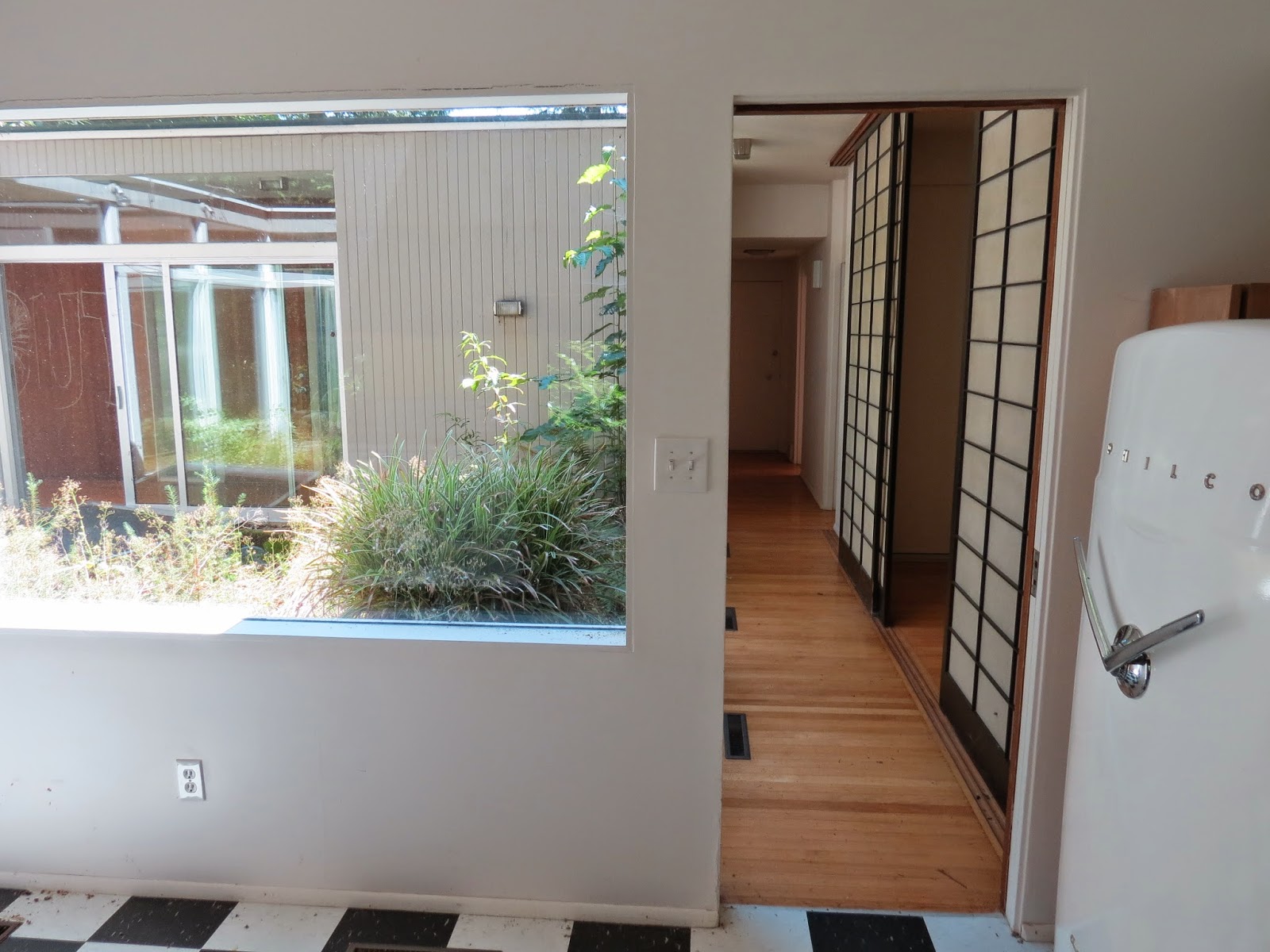 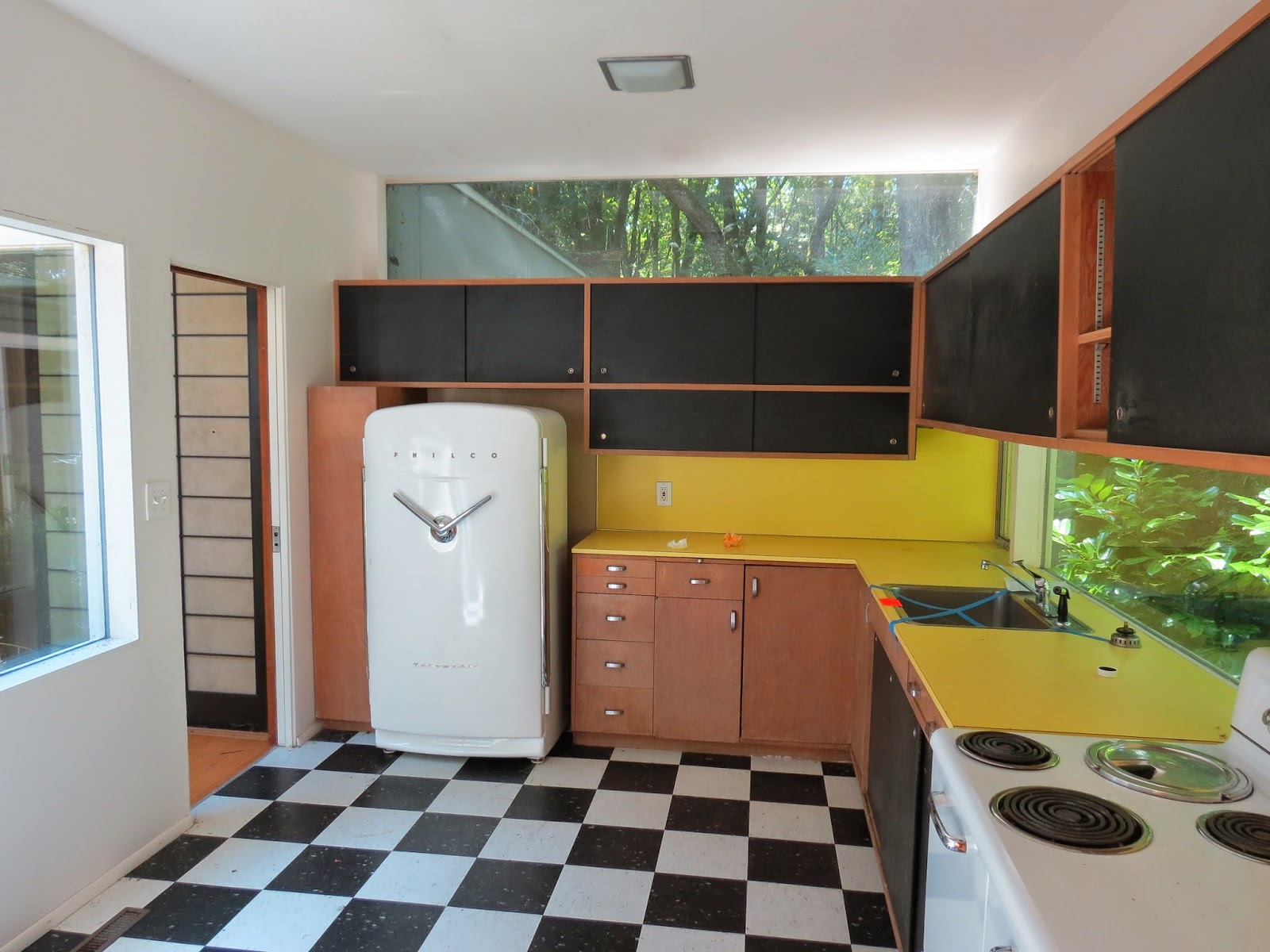 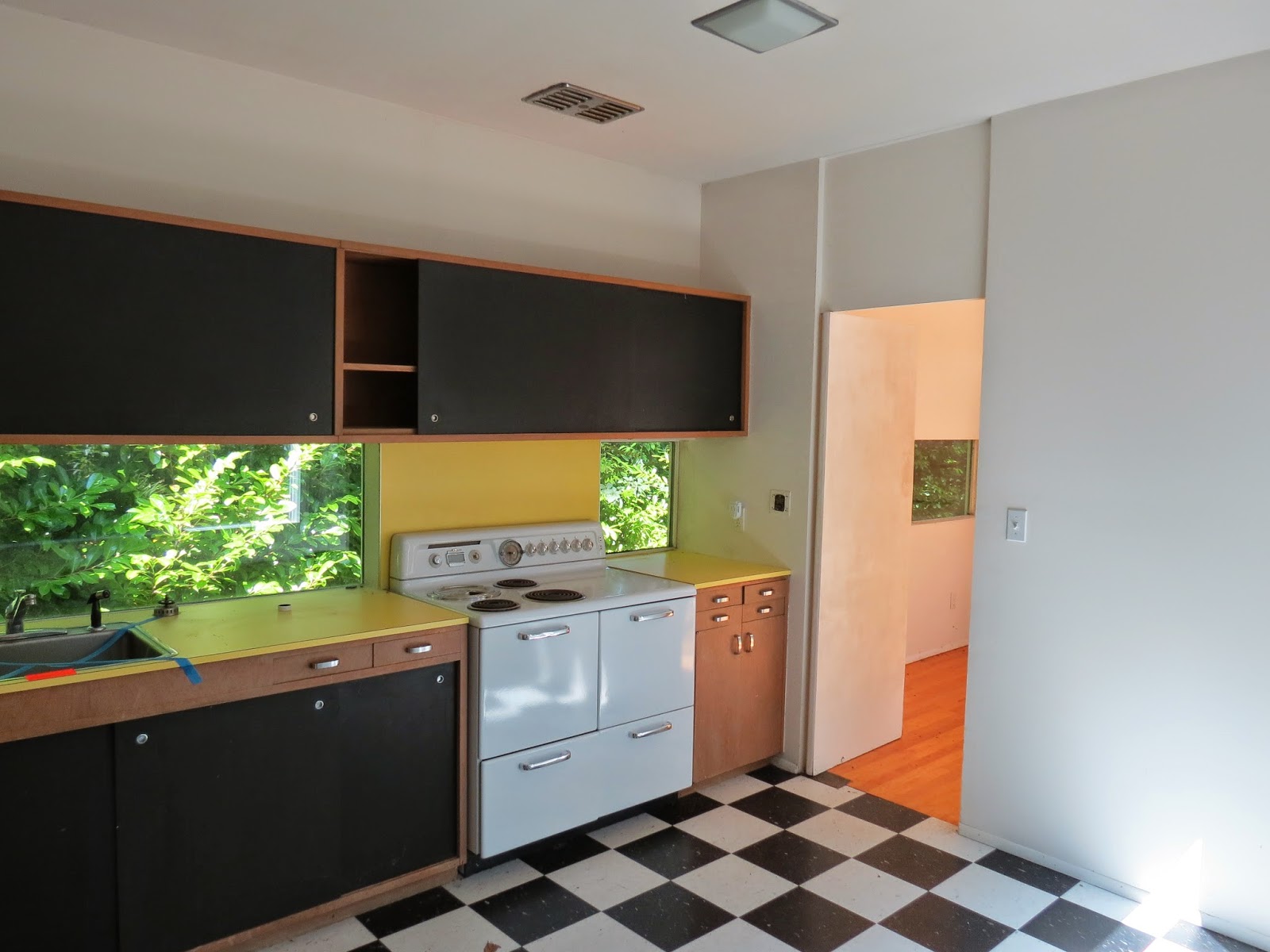 Update:  May 26, 2014
Pending lawsuit, according to King County Records.
Taxes have been paid through April.
Currently in foreclosure, expected to be sold at auction.

Wait!  No, its not in foreclosure, its in pre-foreclosure!  Recontrust, the current "owner" was found to be a subsidiary of Bank of America (a huge no-no when legally BofA was supposed to use an "independent" trustee.)  Recontrust is no longer allowed to do business in the state of Washington.  I've been instructed to either hire an attorney or contact the local BofA rep or both.

Update:  June 17, 2014  Last night I presented a proposal for a community historic preservation project to get the community thinking about preserving a piece of their heritage.  The general feeling was that the City should buy it.  The City, represented by Ying Carlson, feels that would take a while.  It could go up for auction at any time.

I would like the Kirk House to become a magnet for lovers of mid-century modern architecture everywhere and to provide the neighborhood with a much-needed exhibit and gathering space as well as an opportunity for people to continue up the hill and visit our neighborhood shopping center:


These houses are being torn down on a daily basis here in Bellevue.  The acre of land could legally be cleared and up to four or even five houses built there. 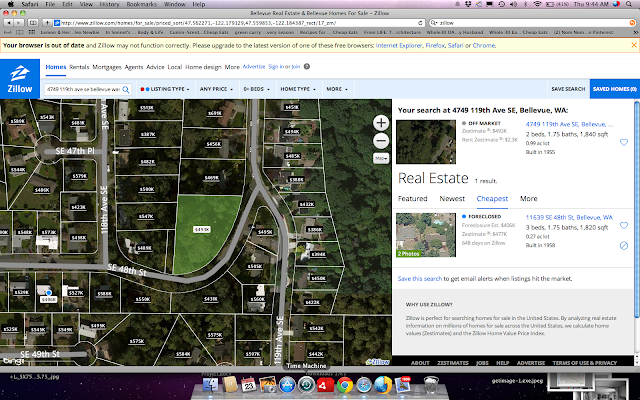 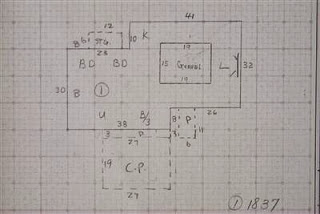 It’s a beautiful little jewel-box of a house, perfect for hosting meetings and exhibits.  It deserves to be rescued.

Join me in supporting the Kirk House Restoration project. 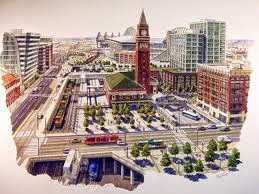 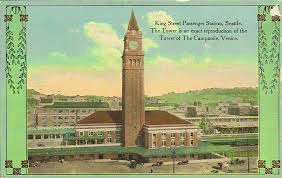 A series of restorations started in the 1940s removed ornamental plaster, marble walls and glass tiles

Since 2008, when the City of Seattle purchased King Street Station (Reed and Stern Architects, 1906) from BNSF we've been anxiously anticipating the big reveal of its restoration.  Finally, the Station has arrived and it's been worth waiting for.

Seismic steel upgrades, which account for 42% of the $55 million cost


"Sixty-Five piles weighing 96 tons were installed inside and outside of the station.  These piles were tied into rebar cages inside the new foundation slabs.  Inside the station, 1,345 tons of steel have been installed.  These include new columns inserted into the perimeter walls on both sides of the brick-covered historic columns along with high strength grout and new steel wall plating, box columns of plate iron that reinforces the existing structural interior columns, and new beams and diaphragm bracing that have been welded to the original steel structure.  New shear walls have been added on multiple sides of the main waiting room. Steel floor plates have been added on levels two and three for additional wall and floor strengthening.  In the clock tower, parts of the floor on level nine have to be demolished so rusted steel beams can be replaced by new ones.  The entire clock tower is also receiving new cross bracing as well as new columns on all corners"

HVAC improvements include the addition of a geothermal well field and ground-source heat pumps for heating and cooling as well as roof and wall insulation, and natural ventilation in the main waiting room with operable windows restored


Amazing photos of work done on the clock tower:
flickr 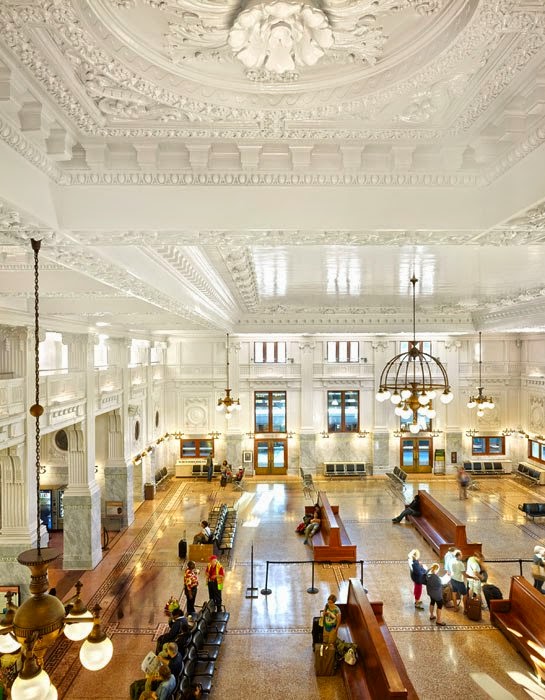 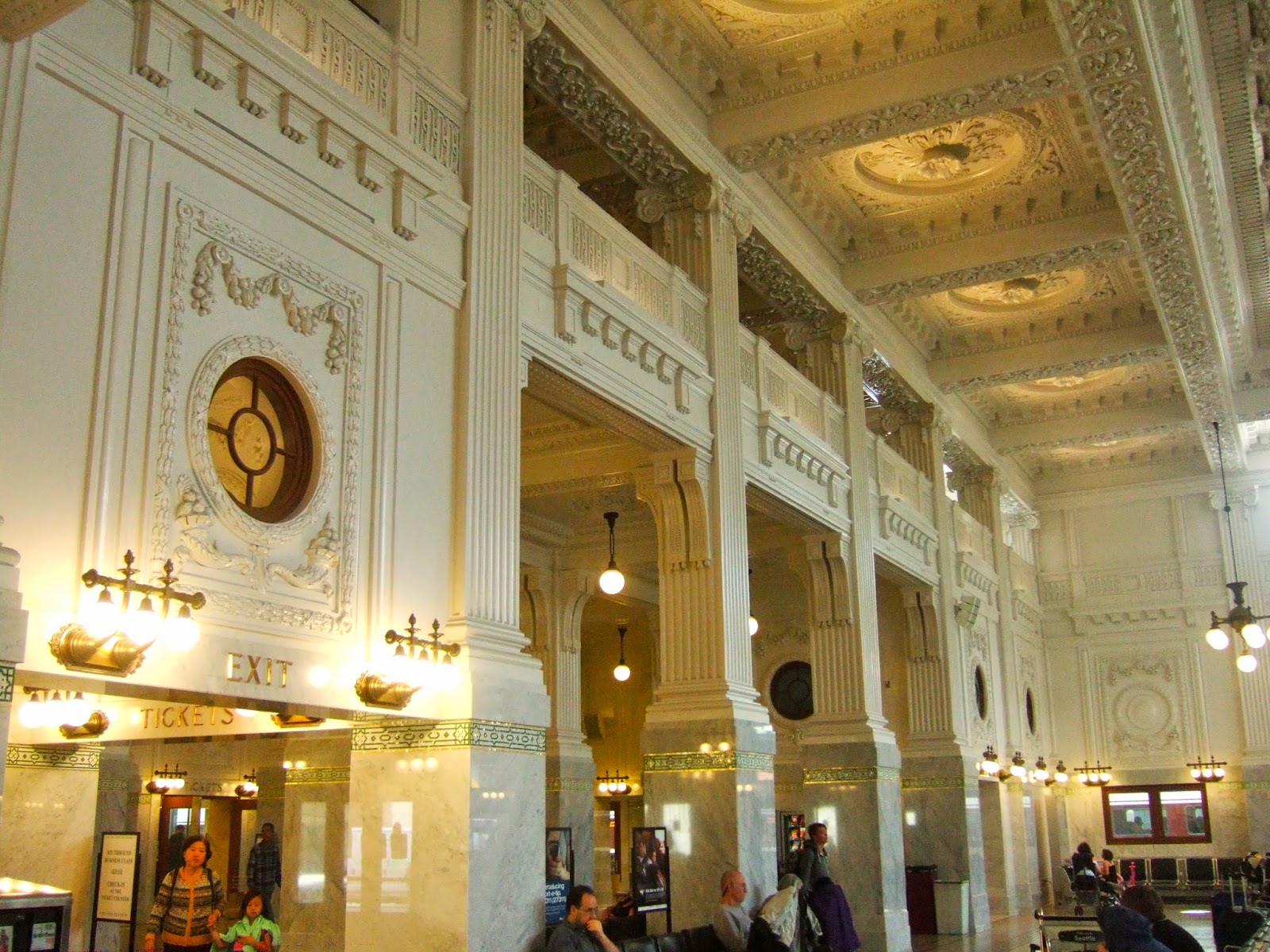 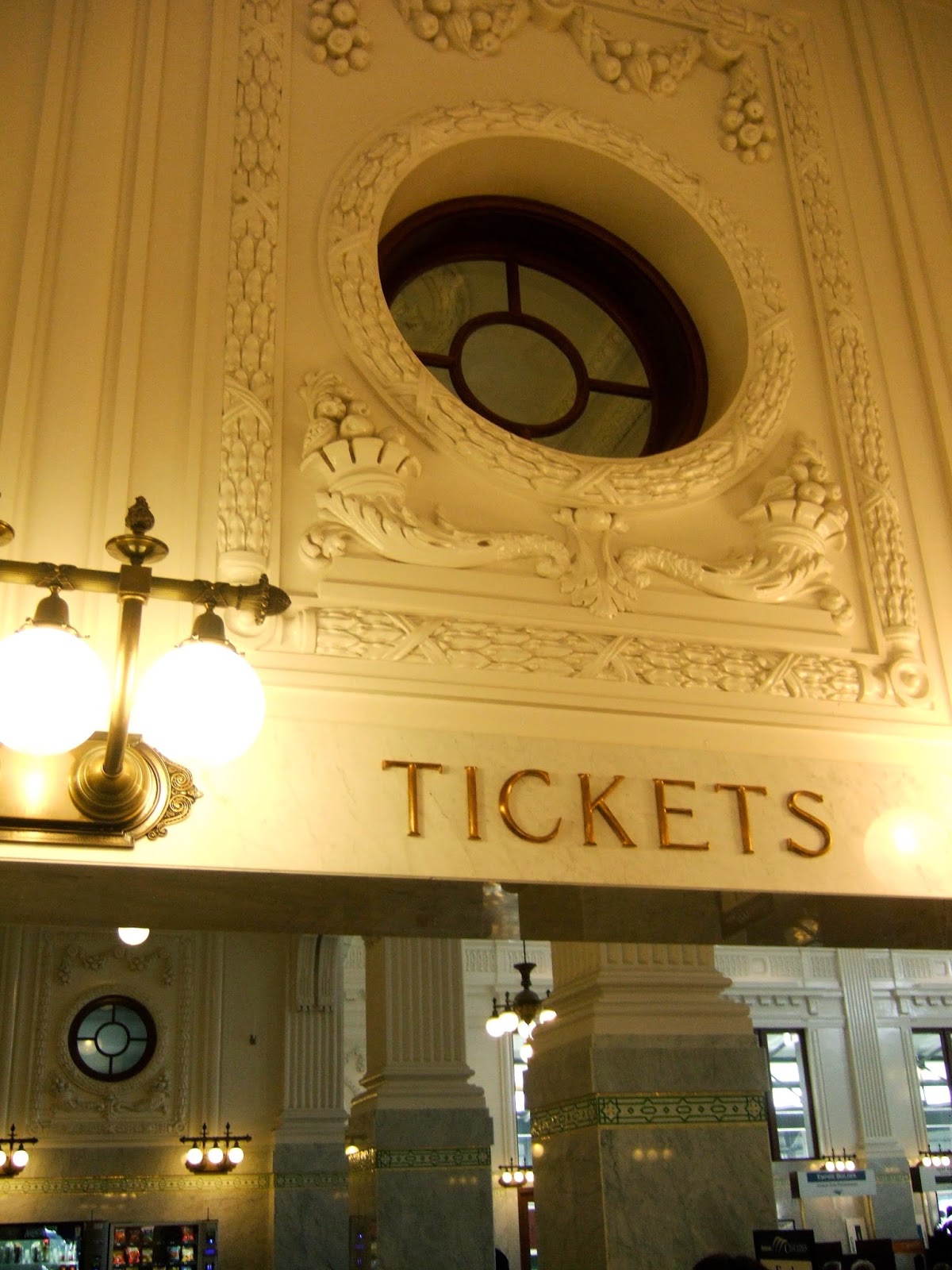 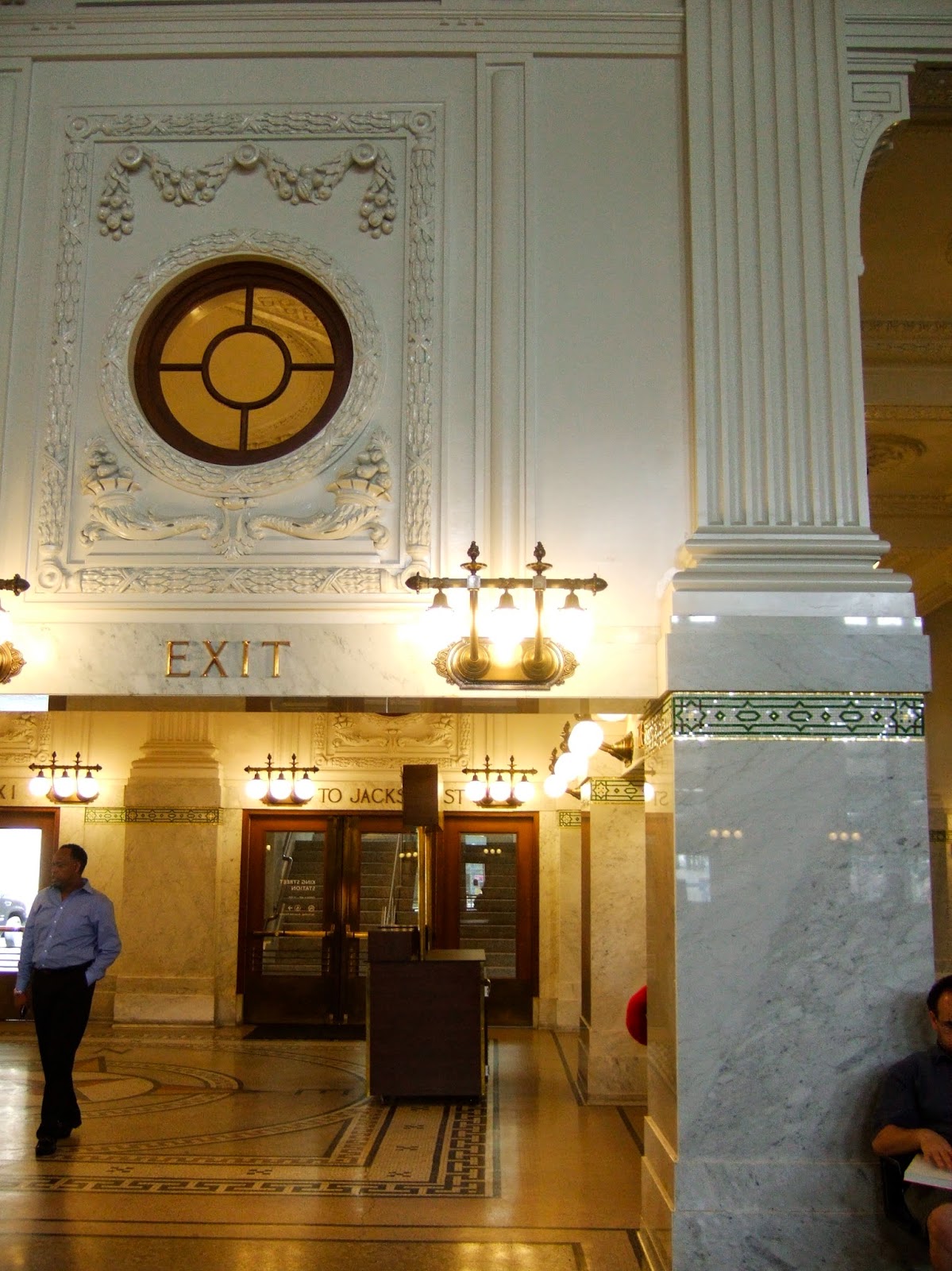 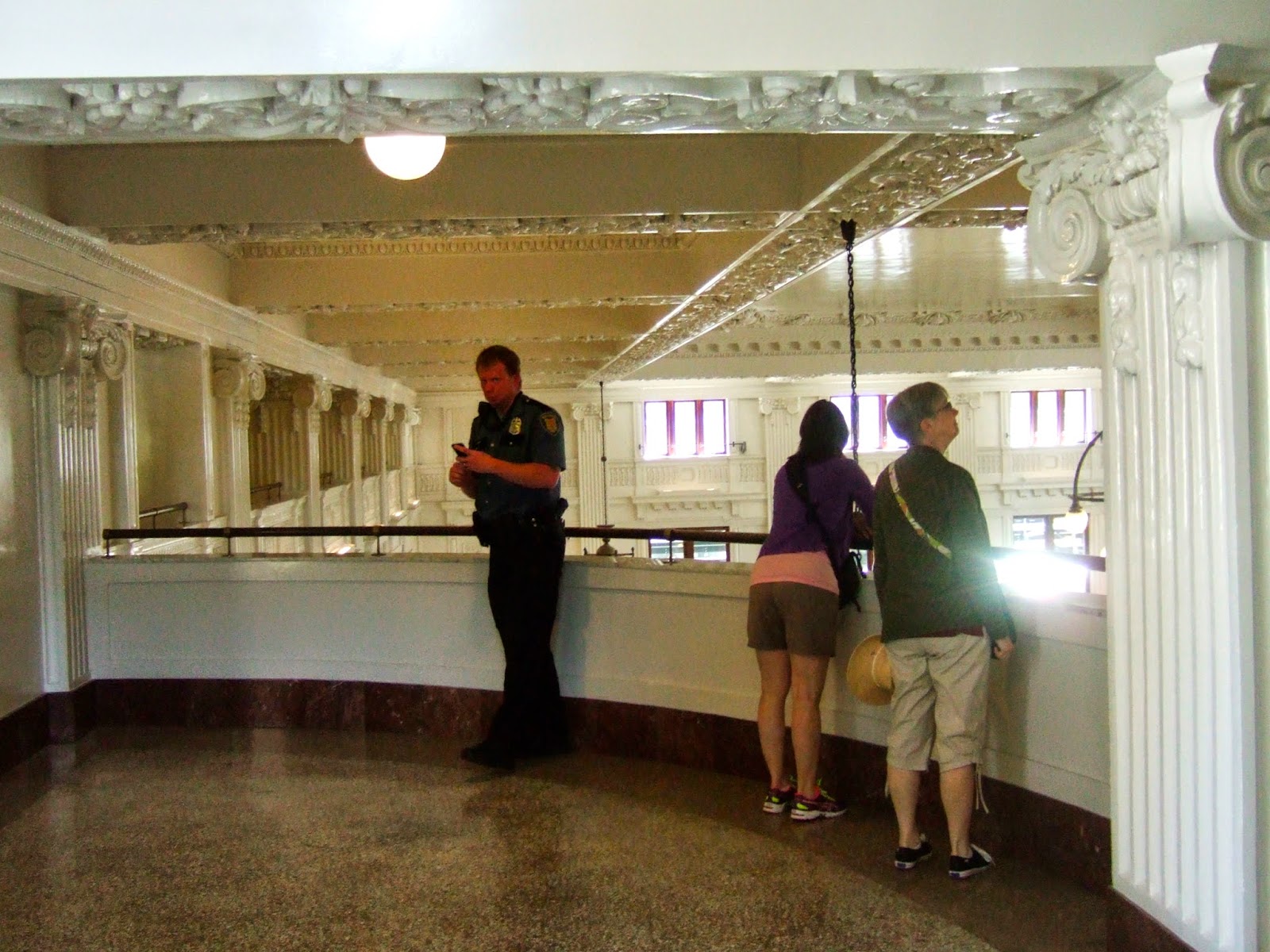 23,500 square feet of space on the second and third floors and a small amount of restaurant space on the first floor

9 Daring Colors for Your Front Door